In August, he tested positive for COVID-19 and later tested negative.

Union Home Minister Amit Shah was re-admitted to the All India Institute of Medical Sciences (AIIMS), Delhi, on Saturday night almost two weeks after he was discharged from there. He was earlier admitted to the AIIMS for post COVID-19-care. While the AIIMS has not released any statement on the health status of the Minister, Mr. Shah had in August tested positive for COVID-19. He later tested negative.

The Minister was admitted to the AIIMS on August 18 after he complained of “fatigue and bodyache.” He left the hospital after 13 days on August 31 after the doctors said the Home Minister had “recovered. 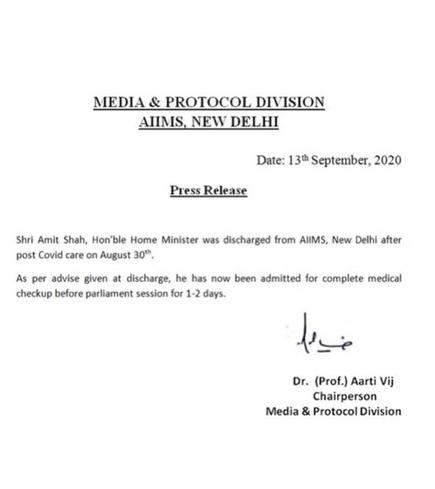 Police Books bridegroom for Using Firecrackers during his marriage in Srinagar

Pakistan Army’s heavy shelling along Poonch kills an Army personnel and two others, including an officer, injured